These estates have passed to the government by default. Firstly because the person who died did not leave a will and secondly because heirs who might qualify to inherit under UK intestacy rules could not be traced.

When I looked at the list of estates in 2010 it included the names and date and place of death of individuals who had died up to twenty years before. Why had these cases not been solved? Was the value of the estate so small that nobody had bothered to investigate? Or, was it just impossible to find an heir who would qualify under the rules of intestacy?

The more I thought about it the more I wanted to understand. I had no illusions about being able to track down heirs to a subtantial estate but I did want to challenge myself to find the reason why an heir hunter might fail.

I decided to pick a name at random and see how far my genealogical skills might take me. 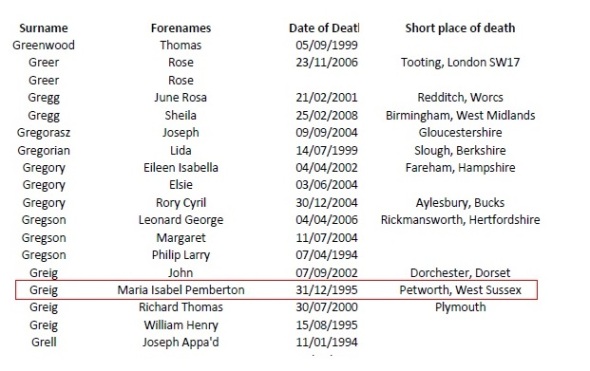 This entry was posted in Seeking John Campbell, preparing for publication and tagged bona vacantia, Isabel Greig. Bookmark the permalink.